The nerve endings reaction to ActiveGel 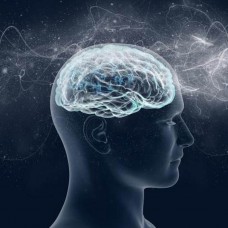 Nerve endings, soft tissues always react to interference in the body, regardless of whether fillers injections were used or implantation was performed. For example, edema may occur. The quality of the drug used directly affects the duration of the recovery period. In such a situation, the advantages that ACTIVEGEL is endowed with are difficult to overestimate.

The composition of ACTIVEGEL is the most identical to natural, which explains not only the high level of effectiveness of the agent, but also the absence of allergic reactions. Numerous studies confirm that the risk of occurrence of zero, not only after a short time after use, but six months later or more. Sensitivity of soft tissues, tactile sensations decrease only after the administration of the drug - everything is quickly restored. A week later, the puffiness subsides, the sensitivity of the nerve endings fully resumes after a maximum of 3 months.

This level of adaptability is explained by the following factors:

The cosmetic offered by us has a reticulated gel-like structure, the main component of which is enclosed in a high-polymer three-dimensional network. Such "stitched" molecules reduce the rate of absorption, increase durability. In other words, the drug does not disrupt the body and has a prolonged effect. All inconveniences disappear in a couple of weeks after application.

Ordering ACTIVEGEL on our website, you get the original high-performance tool at a bargain price. Managers of our company will advise on all matters relating to the acquisition of funds, its characteristics.

Want we call you back?